The Canadian Broadcasting Corporation (French: Société Radio-Canada), branded as CBC/Radio-Canada, is a Canadian federal Crown corporation that serves as the national public broadcaster for both radio and television. The English- and French-language service units of the corporation are commonly known as CBC and Radio-Canada respectively, and both short-form names are also commonly used in the applicable language to refer to the corporation as a whole. This is a test

There are no approved fake reports for CBC News. Want to report a fake news story from CBC News? Download our free Chrome extension to get started.

- General credibility and authority in the industry 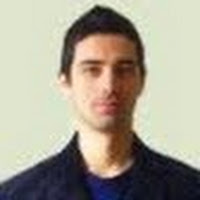 - General credibility and authority in the industry

Your rating has been received and is pending approval.
Disciples (less than 6 approved ratings) have to get their ratings approved first by our moderators before they are shown.

We do too! TruthGuard needs your help to rate the best publications and flag the poor ones, especially the ones publishing fake news. You would do us (and the internet!) a favor if you could leave a rating while you're here.